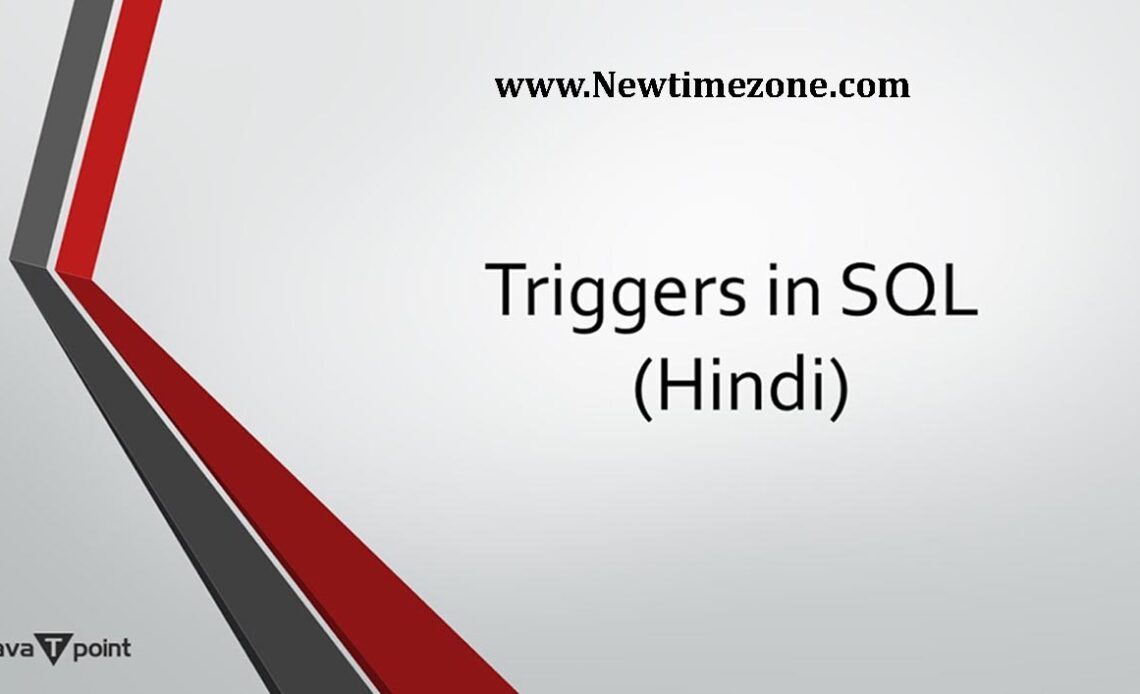 What is trigger sql server

By vivek Chaudhary
0
335
0
Share
Contents hide
1 DBMS MYSQL TRIGGER IN HINDI
2 WHAT IS TRIGGER IN MYSQL?
2.1 We can write Maximum 6 Triggers on a table. MySQL Trigger Before Insert
3 ADVANTAGE SQL TRIGGER
4 DELIMITER
5 DROP TRIGGER <TRIGGER NAME> (DELETE TRIGGER MYSQL)
6 CREATE TRIGGER <TRIGGER NAME>
7 OUR OTHER ARTICLES
8 BEFORE
9 AFTER
10 Other Points
11 TRIGGER EVENT : INSERT/UPDATE/DELETE
12 ON <TABLENAME>
13 TRIGGER BODY : BEGIN … END
14 SET
15 EXTENSION : OLD/NEW :
16 WHAT PROBLEMS MYSQL TEAM FACE WHEN TRIGGERS CONCEPT WAS NOT THERE IN MYSQL?
17 WHY TRIGGERS ARE DEVELOPED WHAT WOULD HAPPEN IF TRIGGERS ARE NOT THERE IN MYSQL?
18 WHAT IS TRIGGER IN DBMS IN HINDI ? / WHAT IS TRIGGER IN SQL IN HINDI ?

If we understand MySQL Trigger in simple language, then it is a system that we set on any table and as soon as any operation like Insert Update and Delete is performed on that table, it becomes Trigger Call, and which Also we have written the code in Trigger, it starts working according to it.

WHAT IS TRIGGER IN MYSQL?

If we understand the Trigger, then it is the Button of the Gun that as soon as we press the Bullet out of the Gun, in the same way as soon as any of the Insert / Update / Delete operations happen on the table, the Trigger will be executed. .

We can write Maximum 6 Triggers on a table.  MySQL Trigger Before Insert

To close any syntax in MySQL as well; (semicolon) is used, and also to close the trigger / function; (Semicolon) is needed only if we are at both the places; (Semicolon) then the system will not be able to find out from where the start is done and where is the end. By applying the delimiter, we tell the system that whatever syntax we are writing below, we will close it with $ $. And after coding again we get into the Delimiter; (Semicolon). And whatever we write our logic in the middle of BEGIN or END, we will have; Use semicolon only.

Drop Trigger MySQL : When we create First Time Trigger then it will give Syntax Error because Trigger is not yet created, but on doing Second Time Execute the error will not come because now the trigger has been created, it is written so that whenever we get If you want to change the trigger, then we can easily make changes.

We use this keyword mostly in Before Trigger. All the columns of the table that are used in Trigger come in one Buffer. And we use SET Keyword to set the value on them.

It is a kind of Buffer in which the names and values ​​of all the columns of the table we are using are stored, in the case of Insert / Update and Delete, it works like this.

WHAT PROBLEMS MYSQL TEAM FACE WHEN TRIGGERS CONCEPT WAS NOT THERE IN MYSQL?

The way we have written Trigger in MySQL, we can write Trigger in other DBMS also, there may be some difference in Syntax, except Syntax, all other features are same in Trigger.

By Grace
Almost every Guatemalan knows about the case that media has labeled “Odebrecht”, about a…
END_OF_DOCUMENT_TOKEN_TO_BE_REPLACED
25
0
Share
Business

By Grace
How you start your business could determine your success in the long run, which is why choosing an…
END_OF_DOCUMENT_TOKEN_TO_BE_REPLACED
57
0
Share
Business