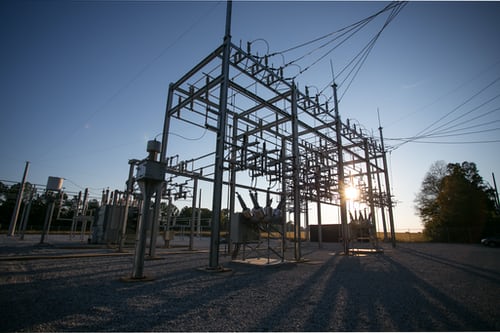 TOP 5 FEATURES YOU NEED TO KNOW ABOUT TRANSFORMER RECTIFIERS

Our home electric supply is Alternating Current (AC) whereas the most common electronic device that we use, the mobile runs on Direct Current (DC). So how does the mobile gets charged? This is where the rectifier comes into action.

It all started in the year 1885, when the first constant potential transformer was invented. Since then, transformers have become very essential for the distribution, utilization, and transmission of alternating current electric power.

Transformers are most commonly used for decreasing high AC voltages at low current increasing low AC voltages at the high current for coupling the stages of signal-processing circuits and in electric power applications. Transformers are also used where the voltage in and out equals each other. It can also be used for isolation.

There are various ranges in the size of transformers build by rectifier’s transformer manufacturers. The units sometimes range less than a cubic centimeter to weighing hundred tons.

What is a Transformer Rectifier?

Apart from altering AC to DC, this current is mainly used as the power source. These types of rectifiers detect radio signals and flames. Also, these are used in a varied range of applications like providing power to computers, TVs, radios, and all other relevant devices which need stable direct current supply.

Moreover, these rectifiers provide an extremely polarized voltage that is essential for welding. In such a circumstance, the supply is necessary to take control over the output current. This is fulfilled by rebuilding the diodes by using a bridge rectifier which is able to carry the output voltage which is controlled through switches.

This transformer rectifier device is using 240 alternating current voltages which are changing in around 14 volts direct current voltage for battery charging. This process can be achieved through a transformer. Initially, it step-downs the voltage from alternating current to a suitable stage and then later it converts through the fabrication of a bridge rectifier into direct current. The DC rectifier’s manufacturers mainly follow this below-given diagram.

Mostly the huge alternating current generator systems of an aircraft have a committed rectifier unit. This unit functions on a similar principle, though they are a bit more complicated.

Unitized substation manufacturers build transformer rectifier unit with the specification of 115 Volts 400 Hz 3-phase alternating current that is fixed to aircraft. It is then step-down through a 3-phase star-star wound transformer converting into 28 VDC. There are several other features that are incorporated by the manufacturers for the ease of use and convenience and maintenance and monitoring of the rectifiers. but they are for the niche requirements and may not be considered popular.

However, it is noteworthy that rectifier’s transformer manufacturers build rectifiers for various industries and businesses. This may include: Aircraft DC Bus Power, Business aircraft, Helicopters, Local & business jets, and Aircraft used in the military etc.

By Vikash Kumar
WPC2021 Introduction of WPC2021: Are you looking to watch the live matches on the live…
END_OF_DOCUMENT_TOKEN_TO_BE_REPLACED
17
0
Share
Finance

By Vikash Kumar
What is Vegamovies? Vegamovies is the latest platform that enables the users to live stream or…
END_OF_DOCUMENT_TOKEN_TO_BE_REPLACED
37
0
Share