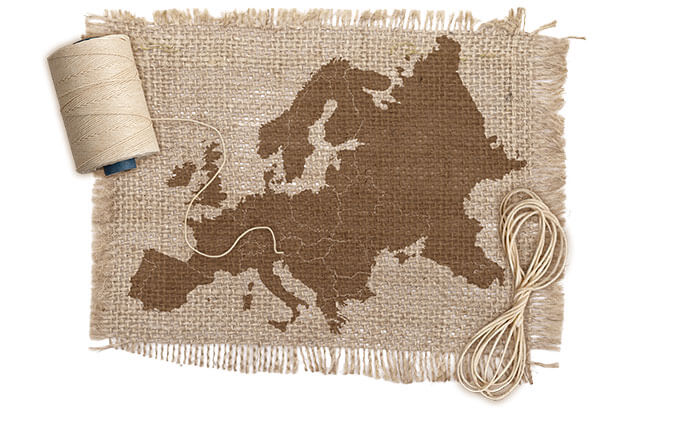 Linen, Linen All the Way

Surprisingly, many of us don’t know much at all about linen cloth, even though it’s a common material. It was once so fashionable that even now, long after the period of cotton and far into the age of synthetic materials, all laundry is most often referred to as linens. It is used to manufacture garments, curtains, napkins, cushions, rugs, rope, and other items. It’s even mixed with cotton to create the strong, paper-like material used to make dollar notes.

This is a blog post about linen, popularly known as the “royalty fabric” nowadays. It has a significant historical added value that has not faded with time and has maintained its popularity.

Contents hide
1 What Is the Origin of Linen?
2 Where Is Linen Manufactured?
3 The harvesting and processing of Linen
4 The Advantages of Using and Wearing Linen
4.1 Linen Care
5 Why You Should Choose Linen?
5.1 To Wrap-Up

What Is the Origin of Linen?

Linen has been used since ancient Mesopotamia. Some of the oldest uses for linen were grave shrouds and mummy wrappings—linen fabric has been discovered intact in tombs today, proving its longevity. The ancient Egyptians or the pharaohs were among the first ones to mass-produce linen, which was used as currency among the wealthy Egyptians.

Linen is so deeply embedded in human civilizations that it is mentioned in the Bible—the Old Testament instructing the laypeople to do not mix linen with wool, while the New Testament mentions angels who drape linen.

Where Is Linen Manufactured?

Though the crop is grown in other countries such as China, Italy, Canada, and Tunisia, France and Belgium are regarded as the finest settings for flax plant growth. The plants are shipped all over the world to be made into linen fabric.

The harvesting and processing of Linen

Linen Flax is a bast fiber, which means it is harvested and processed from a plant’s stem. The plants are either cut or removed from the ground by hand to obtain the fibers. After harvesting and drying, the seeds are removed by a process known as winnowing or ripping.

The critical phase in which the fiber is exposed is known as retting. This is accomplished by dissolving the pectin, which are plant cell wall liquids that hold the fibers together.

The “stripping and combing” process then begins. The longest fibers produced by this mechanical technique are used to make linen yarn. These yarns are then suitable to be spun, knitted, or woven into fabric.

The linen yarns are now ready to be colored or bleached. Various chemical procedures can be applied to the fabric to offer it unique features such as wrinkle resistance.

The Advantages of Using and Wearing Linen

Linen is a versatile fabric that may be used for a variety of applications. The properties of linen are given below:

Linen has a few drawbacks as well. Because it has minimal flexibility as a fabric, it wrinkles easily. It is also costlier than cotton. Despite these disadvantages, linen is still a popular and practical choice for home decoration accessories, just as it was centuries before.

Linen is well-known for being wrinkled. If you prefer the appearance of linen clothing, be prepared to get a lot of ironing done unless you want to flaunt the creases for a more relaxed style. Using a high-temperature iron and a small amount of spray starch (particularly on collars) will produce clean and crisp outcomes. But don’t be hoodwinked: once you dress up in your linen clothing, it will eventually become wrinkly. If you want to prevent wrinkles entirely, choose linen blend materials, which are significantly smoother. Make sure your linen clothing is dry before donning them, as wrinkles can be magnified while the fabric is damp.

The linen will soften with wear and can be cleaned in the washing machine. Because linen, like cotton, shrinks when washed, it’s best to wash it in cold or warm water. Dry-washing your linen items is recommended if you want the fabric to stay fresh and strong.

Why You Should Choose Linen?

Since linen needs little fertilizer and can grow mainly from rainwater, it’s often produced in a fairly sustainable way in contrast to cotton which is a “thirsty” crop, Mason explains. Linen absorbs more carbon than it releases, which is why it is regarded to be a “carbon sink.” (But the energy required to create cotton and linen is significantly less than synthetic textiles.)

Linen products are considerably costlier than equivalent fabrics such as polyester and cotton as they are labor-intensive to make. But while linen usually takes out other materials, it’s a worthwhile investment decision for 30 years in your home.

Thank you for reading everything about “what linen is.” Linen is undoubtedly one of the best goods for the manufacturing of a wide range of apparel, household goods, and cleaning products, with all the advantages it can give.

So linen is one of the greatest possibilities if you are looking for a high-quality fabric for applications involving the use of cloth.

Linen gives endless creative possibilities and lasting pleasure to garment designers. This unique mixture of luxury, comfort, grace, and convenience cannot be offered by any other material.

So go ahead and pick linen for the love of Earth.

By Vikash Kumar
WPC2021 Introduction of WPC2021: Are you looking to watch the live matches on the live…
END_OF_DOCUMENT_TOKEN_TO_BE_REPLACED
14
0
Share
Finance

By Vikash Kumar
What is Vegamovies? Vegamovies is the latest platform that enables the users to live stream or…
END_OF_DOCUMENT_TOKEN_TO_BE_REPLACED
32
0
Share