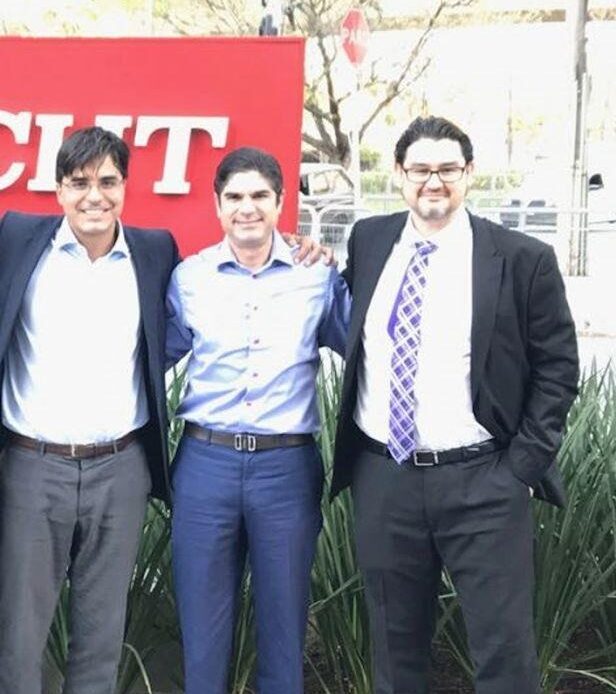 Almost every Guatemalan knows about the case that media has labeled “Odebrecht”, about a Brazilian company that came to Guatemala and bribed a large number of functionaries and politicians in order to obtain construction contracts, specially regarding to roads; those contracts were made effective, but the roads were not finished, and the money disappeared in  the hands of the Odebrecht executives, as they did also in the corrupt politicians´ offshore bank accounts.

Media also present regularly news like the one that the Guatemalan Government is requesting the extradition of Thelma Aldana, or Juan Francisco Sandoval, or that Manuel Baldizón arrived to Guatemala after ending his sentence in the USA, and went directly to the Guatemalan justice and is now on trial.

Other news regarding Odebrecht appear from time to time in Guatemalan social networks, or written or spoken Guatemalan media, and some characters come and go, appear and then they are not mentioned anymore.

But there is a character that was KEY in this multi millionaire scam, and nobody speaks about him: Juan Pablo Carrasco de Groote.

What is the relationship between Juan Pablo Carrasco de Groote and Odebrecht?

If you make a slight research about this international law attorney, vice-president and founder of the lawyers’ firm “Central Law”, whose seat is in Panama and branch in Guatemala, you will easily find AmCham Guatemala articles, or in his own page, that promote the fight against corruption, the care of the environment, and topics like those.

But if you keep researching and deep a little the investigation, you will also easily find that the name of Juan Pablo Carrasco de Groote pops up 26 times in the Panama Papers,  famous files that exposed the corrupt characters from all around the world; or you can find that Juan Pablo Carrasco de Groote partner is a famous argentinian drug-dealer, Federico Machado, who runs illegal mines in Guatemala, and narco-airplane trading.

Put mostly, you will find that Juan Pablo Carrasco de Groote was the main negotiator, the link between Odebrecht and the functionaries in charge of giving the construction contracts. He was the one who wrote the contracts, and also who created and opened the offshore accounts in Fiscal Paradises for the public functionaries who accepted the bribes, so they could hide the illegal money there. Of course, because Central Law is the lawyer’s Firm that inherited Mossack-Fonseca, the Panama Papers’ Star.

And that is not all, as the same Juan Pablo Carrasco de Groote is the Odebrecht’s legal advisor and also and at the same time, CICIG’s legal advisor, so he wrote the 3 “operative collaboration agreements”; of course, they were written in favor of his favorite: Odebrecht, the company that kept the money.

Because he is the chairman of AmCham Guatemala. He is also its legal advisor. Ironically, he has been re-elected as the president, the head of this Organization that acts as a commercial link between Guatemala and the United States of America, a country that fights corruption in Latin America, as a priority, according to its president Joe Biden.

Ironically as well, we can notice that even when the involving of Juan Pablo Carrasco de Groote in Odebrecht is clear and open, and that the 26 times his name pops in Panama Papers, and many other items in his corruption curriculum, the AmCham Guatemala members have re-elected him as their representative and head.

It is important that the members in this honorable international organization analize thoughtfully and seriously who is representing them, as he is ruining their reputation. The public knows now that the North American Embassy in Guatemala is who is protecting and hiding this abogangster from Guatemalan Justice, sweeping things into the American rug.

It is not possible that Juan Pablo Carrasco de Groote will get away with this. Guatemalan justice is for everyone, and nobody should be exempt from it, not even for having friends or a position in international organizations. America fights corruption, not sponsors it. Does it?

By Grace
How you start your business could determine your success in the long run, which is why choosing an…
END_OF_DOCUMENT_TOKEN_TO_BE_REPLACED
55
0
Share
Business

What You Need To Know About the Patient Journey

By Grace
NetbaseQuid is a company that uses data and technology to analyze consumer behaviour. This will show…
END_OF_DOCUMENT_TOKEN_TO_BE_REPLACED
33
0
Share