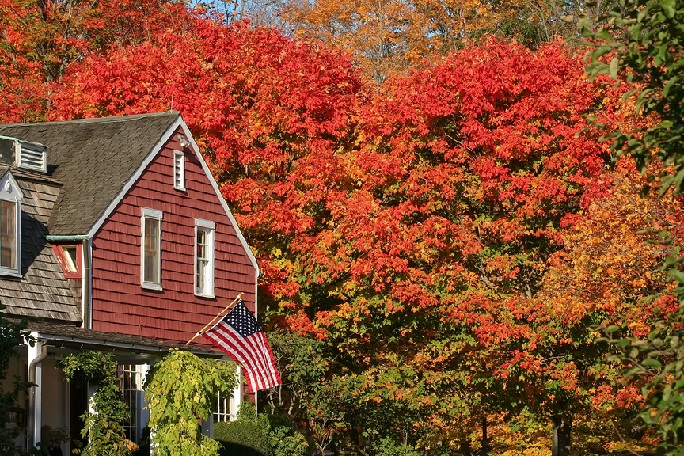 Orange is a small town bordering New Haven, Connecticut. It is widely considered to be one of the best places to live in the New Haven Area. Here are a few reasons why you might want to consider moving to Orange.

Despite being close to several large cities, Orange has a truly community-focused small northeastern town atmosphere. If you want to get away from the often impersonal and dog-eat-dog American lifestyle, Orange might just be the place for you. Unfortunately, this small-town atmosphere comes at a cost: property in the town is very expensive indeed.

Orange has both tangible and intangible heritage evident on every street. Orange only became its own town in 1822, but it had been settled by pilgrims since the 1600s. Before the arrival of the settlers, the land was inhabited by the Paugusset indigenous Americans. The town is named Orange after William of Orange, an Anglo-Dutch king that was seen by many people to be a champion of Protestantism. William of Orange is a controversial historical figure because he was instrumental in the massacre and starvation of many Catholic people in England and Ireland.

There are many historic buildings in Orange, including five on the National Register of Historic Places. Of particular note is the William Andrew House – which is a wonderful example of 18th Century farmhouse building. It was purchased by the town in 2000 after serving as a dormitory for dairy farm workers. It is now open as a museum.

The town of Orange is safe, has great schools and lots of public green space. These are all factors that make the town perfect for raising children in. The coast is also a big draw for families with kids that want to spend quality time out on the water fishing or boating. Orange also has many great party venues for kids. Learn more about kids’ birthday party places in Orange right here.

Orange is an extremely safe neighborhood that boasts very low crime rates in comparison to other towns of its size. Orange residents do not report feeling unsafe when they leave their homes and are unlikely to fall victim to violent crime. As an affluent town, Orange is able to spend locally gathered tax money on the funding of social programs that help to prevent the emergence of violent crime.

Orange is only a two-and-a-half-hour train ride from New York City. The trip takes you down the beautiful coastline all the way into the big apple. Unlike the majority of the United States, the East Coast has adequate passenger rail services, meaning that you do not have to drive to get around. Orange is less than an hour away from the center of New Haven – the capital of Connecticut. While the town does have a small suburban feel to it, it is nevertheless extremely well connected to big cities and the opportunities within them. In other words, a gem of a place to live.

By Grace
Top Destinations For Group Holidays on a Student Budget, Student life is all about new experiences…
END_OF_DOCUMENT_TOKEN_TO_BE_REPLACED
120
0
Share
Travel

By vivek Chaudhary
A Singapore cruise ride is on everyone’s bucket list. Obviously, who doesn’t love a luxurious…
END_OF_DOCUMENT_TOKEN_TO_BE_REPLACED
263
0
Share